About Your Madison CT Chiropractor

Have you been looking for a chiropractor in Madison? Unlike conventional medicine, which focuses on attempting to treat disease once it occurs, the chiropractic care offered at Coastal Chiropractic and Wellness in Madison emphasizes the importance of improving your health in an effort to reduce the risk of pain and illness in the first place. Given the option, most people would prefer to be healthy and avoid illness if possible, and chiropractic care can help those people achieve their health and wellness goals. For those patients who may already be in pain, chiropractic care offers a unique way to provide pain relief for many types of pain and conditions, including back pain, neck pain and more! Pain relief and pain prevention are two of the reasons that chiropractic services have become so popular, both here in Madison and around the world.

If you have been suffering from back pain in Madison, don't wait another second to begin your road to recovery! At Coastal Chiropractic and Wellness, our chiropractic techniques can assist patients with the rediscovery of health and wellness that had been previously known but long lost. For others, the chiropractic journey may offer a new sense of balance and wellness that one has never before experienced. If you want to start living every day pain free, call us at 203-245-8217 to schedule an appointment!

People around the world are recognizing the benefit of seeking an alternative to traditional medicine; one that will help them achieve and maintain optimal health without requiring invasive treatments such as surgery. Please take the time to meet the chiropractor and our network of chiropractic and wellness care professionals dedicated to helping you achieve your wellness objectives. To fully understand the nature of your health, we recommend that you join our free website membership program. As a patient at Coastal Chiropractic and Wellness, we will personally tailor a chiropractic and wellness program specifically targeted to your needs using the least invasive yet highly-effective techniques and services. 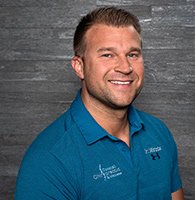 Dr. Keith Mirante is a licensed Chiropractor who has practiced in Connecticut since 2007. In 2008 Dr. Mirante relocated to Madison Connecticut, opening Coastal Chiropractic & Wellness. Dr. Mirante's mission is to lead people to abundant health through natural laws and principles through Chiropractic care to fully express the best version of themselves, to enjoy life for themselves and family as they deserve.

Dr. Mirante uses a 'whole person approach,” looking for the underlying cause of any disturbance or disruption (which may or may not be causing symptoms at the time) and utilizing interventions and lifestyle adjustments to achieve normal function. Using this unique approach, Dr. Mirante is able to help his patients accelerate their journey to good health. As a Doctor, he also relies on his past experience to relate to patients and help them through on their way to superior health and wellness.

A former college baseball player Dr. Mirante was introduced to Chiropractic at age 19. During his first year of Division 1 college baseball, he suffered a devastating injury to his low back, which led to excruciating pain and ultimately severe digestive issues. Multiple medications later, one man told his father about chiropractic care. What he learned was that his two problems were actually the same problem, they were coming from subluxation affecting the nerve in his low back. A short while later after correcting the problem, he returned to the field and was able to live out his life dreams. He then began to work in the same chiropractor's office who was able to help change his life, and after witnessing miracle after miracle, he decided that Chiropractic was what he wanted to do for the rest of his professional life.

As a Chiropractor, he has had the opportunity to work with many performers and athletes, including the entire cast of Dancing with the Stars, Aerosmith, The Spice Girls, the 2010 Olympic Bronze Medalist in Bobsled and CrossFit athletes at the 2011 and 2012 CrossFit Games. Most importantly on a daily basis, he gets to witness miracles of newborns through grown adults at Coastal Chiropractic.

Dr. Mirante graduated from Palmer College of Chiropractic in Davenport Iowa in 2007, with a degree of Doctor of Chiropractic. He currently lives with his wife and daughter in Madison, CT. 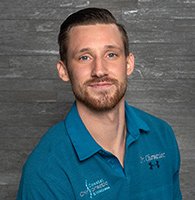 Dr. Chowaniec is a 2017 graduate of New York College of Chiropractic. Immediately upon graduating, he began seeing patients at Coastal Chiropractic and has a passion for helping people get better. He resides in Madison with his wife and their two sons. 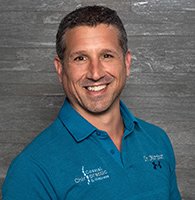 Dr. Morrison originally from Sydney, Nova Scotia graduated from Palmer College of Chiropractic in Davenport, Iowa in 2013 after returning to school at the age of 32 to pursue his dream of becoming a chiropractor. Dr. Morrison loves sports and has been playing rugby and hockey the majority of his life. While at Palmer, Dr. Morrison was the president of the hockey team, and a member of the only Dragons team to go to 3 consecutive division 1 rugby final 4's in a row. Dr. Morrison has a heart to serve, loves all his patients, and always puts them first. He currently resides in Madison.

Stephanie has been with Coastal Chiropractic for over 5 years.  When contacting our office and arriving, you will be greeted with her friendly smile.

Kate has been with Coastal Chiropractic for over one year.  Kate is a Certified Personal Trainer and brings and abundance of her knowledge to our team.  Here, she is our Rehab Specialist, Kate will instruct you on proper biomechanics of the body, stretches and strengthening from beginner to highly advanced and everywhere in between.

See What Our Patients Say About Our Team

"I was a bit skeptical in the beginning because I have been to a lot of chiropractors. Dr. Mirante and Morrison are not just chiropractors, but they care deeply about you as an individual. My neck and shoulder pain from years has finally subsided. 5 Stars for these doctors and their tremendous staff. You are the best Joey and Stephanie."

"Love everyone at coastal chiro!! They are helping me change my life 🙂"

"I was referred to Dr. Keith Mirante 4 years ago by a friend. I was reluctant to go originally because I have had an unfavorable experience in the past. Dr.Keith took the time to explain chiropractic care to me and the importance of not only corrective treatment but also maintenance. Four years later and I am still just as pleased and impressed as I was that first day. My job requires a lot of physical labor and chiropractic care regularly helps me to continue to work pain-free. I am truly grateful to Dr.Keith and his team for all their education and caring they provide. I recommend this office often to friends and family."

"The whole team - from the doctors to the support staff - are a great, caring group of people. Always willing to answer questions, listen to you, and give sound advice - they're really are looking out for you. Highly, highly recommend!"

"I am very pleased with my experience at Coastal Chiropractic. Dr. Mirante and Dr. Morrison and the entire staff are very knowledgeable and caring. I appreciate how they are able to address immediate concerns and at the same time create a plan to help with long-term goals."